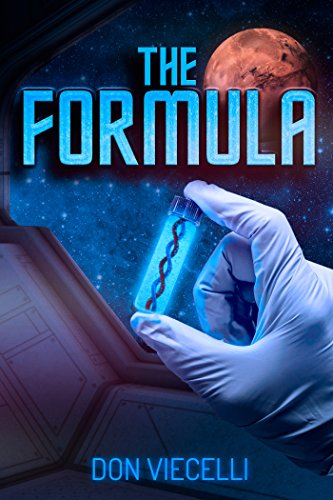 The Formula is a suspense thriller that starts with a brutal murder on Ares, a large space station orbiting Mars in the year 2094. Doctor Leif Johanson and his daughter, Ingrid, have discovered the ‘fountain of youth’. It’s a new anti-aging drug, each vial worth $5 million denom on the black market. The drug can regenerate living cells and make anyone young again. There’s just one problem. A powerful and ruthless drug producer named Ivan Hellstrom wants the discovery for himself. He tries to eliminate all those who get in his way. He murders the doctor, kidnaps Ingrid and steals the formula. One man opposes him, aging Homicide Detective, Jack Helms. Jack has to rescue the daughter, bring the drug producer to justice and earn a second chance at life.