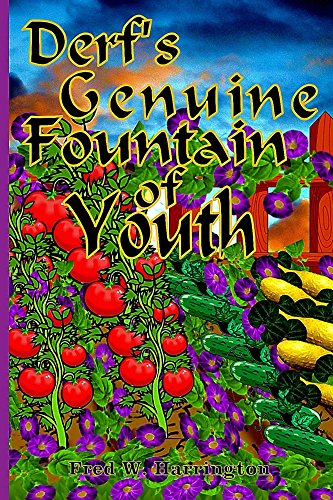 Two alien visitors inform Derf that a rare element called Prolifity that impedes aging exists in his garden weeds on his West Virginia farm. They agree to provide him with unlimited wealth, good health, and longevity for mass producing these plants.

But when you have a priceless product that promises immortality it attracts unwanted attention. Derf sharpens his psychic tendencies to survive his new fortune and protect his farm and new family from local and out-worldly attacks.

As the struggle for control of the anti-aging element Prolifity continues a new threat arises as Derf’s beloved wife Silissia is obsessively pursued and captured. As her subjugator makes elaborate plans to marry her, he vows to keep her constantly pregnant to foster a super human race.

Seemingly helpless as the countdown to her unwanted wedding day draws near, a slim ray of hope reaches Silissia from her two kids.

And few on the rogue planet Ophixious-II ever know for sure what really happened during the climax of her tumultuous wedding day.

Do NOT follow this link or you will be banned from the site!