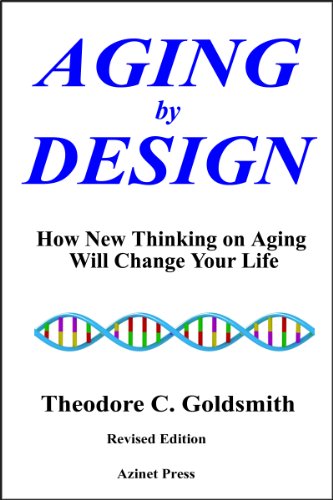 Why do we age? How do we age? These questions have baffled scientists for centuries and remain unresolved. The answer to the “how” question is critical to our ability to successfully prevent and treat age-related diseases like cancer and heart disease that now cause the majority of all deaths in the developed world. Because of major difficulties in directly experimentally determining causes of aging, the answer to the “why” question is critical to guiding research efforts directed toward identifying and altering processes involved in age-related diseases.
Evolution theory plays a critical role in the “why” issue because it attempts to explain why each living organism has its particular design and therefore why different species display different aging characteristics and different life spans.
This short book describes the history and current status of attempts to explain why we age extending from Darwin’s 1859 theory to the present day. The author provides colorful and interesting descriptions of the theorists, their theories, the discoveries and the controversies that have led us to the current situation: Although there is very wide scientific agreement about most aspects of evolution theory, four different theories now exist concerning the fine details that apply to aging. These four theories lead to radically different concepts regarding the actual biological mechanisms behind the aging process and consequently the mechanisms behind age-related diseases.
The book goes on to discuss observations and experiments that offer clues as to the nature of biological aging mechanisms. These include apparently non-aging animals, worm experiments, rat blood-exchange experiments, caloric restriction experiments, octopus experiments, and the discovery of genes that cause aging.
Goldsmith then leads us through an analysis that concludes, based on the direct evidence and current status of the evolution theories, that programmed aging is the aging theory that best matches all of the evidence. We age because we are designed to age. We are designed to age because a limited life span conveys an evolutionary benefit. Most current medical researchers believe in non-programmed aging and much of the evidence for programmed aging comes from non-human sources. If the programmed theory of biological aging, first proposed in 1882, is indeed correct, it has major implications regarding the way we think about and seek to prevent or treat age-related diseases. It also suggests that it may well be possible in the relatively near term to generally delay the aging process. Which theory is correct could therefore greatly affect many people now alive! The book describes some current programmed aging researchers, research activities, and results.
A final question is discussed: How could we be living in the twenty-first century and still not have scientific agreement on even the fundamental nature of aging? The author suggests that several “non-science factors” including the sequence in which various theories were developed and the perception that the issue was “academic” have influenced thinking and delayed the development of scientific agreement.
ISBN: 978-0-9788709-3-5
Revised edition 5/2014